- February 27, 2019
I'll cheat a little on this post and go back in time to my second Travel as an adult - the trip that brought me to Houston almost four decades ago.

The first Travel as an adult was a plane trip to California as a graduating ChE. I told everyone it was a job interview, but it was really about a girl with a job interview. That's all I'll say on that.

Let me clarify that. As long as I am conscious and have a choice of transportation, I won't ride on another public bus in the United States. That was a promise I made to myself in 1980, and it's worked pretty well so far.

Oh, I think the bus system works well. My oldest son just returned from another city on a bus. If the bus wasn't available, he would have stayed home and missed a short adventure. So, buses are okay, for the young.

Sometimes something happens in your life, though, that creates a long-term impression. My mother's cooking had a long-term impression on my next older brother, and I'll tell that tale soon. From long exposure to parents who smoked, all four of my father's sons detest smoking. For me a traumatic bus ride to Houston, Texas forever soured me on riding buses.

I need to say public buses. A few years ago Darling and I went to Israel and we had a great time. We rode a giant travel bus, and it was fantastic. There were only a handful of us from the church and our bus driver, Rami, could maneuver that thing like a space shuttle pilot docking to the International Space Station. 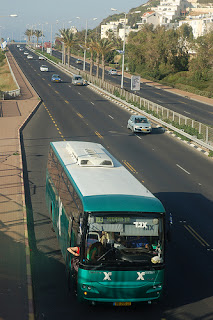 Darling and I also took a public bus in Cabo, Mexico when we went on vacation. We wanted to see more of the local area, and we decided we could use the bus system. Cheap, almost timely, and we got to mingle with a lot of fascinating and kind people who were only too delighted to practice English on us. We hurt their ears with our Spanish. 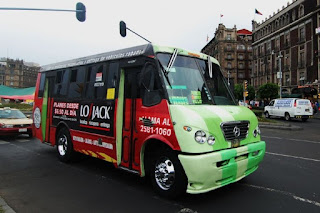 But a US bus trip? On purpose? God willing, never again.

In 1980 I was fresh out of college and heading to Houston to live with Nick, a college roommate, and find a job in the chemical industry. I had no money for a plane ticket and Nick had no car. He used local, in-town bus transportation.
I have to amend these thoughts, because I think that in-town bus systems usually rock. In East Lansing they used to be top-notch, though I haven't used them in years. When I was in Michigan State University, though, I loved the bus system. A quarter got me where I wanted to go and another quarter brought me home again.

And the Metro in Maryland? That rocks! I was there a few decades ago and went searching for where we lived when I was in seventh and eighth grades. I found the house just a few blocks from a Metro station in Rockville. My buddy and I promptly availed ourselves of that service and did a bit of a tour through our Nation's capital. That was a fun trip. 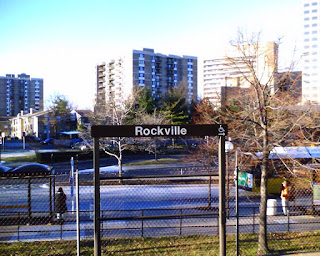 We did some work while we were there also, but that's the boring part of the story.

So I had no easy way to travel from Rockford, MI to Houston, TX in the middle of the summer of 1980. I had little cash, and my family had none to spare. I had no car (and did not own one for any of my college career, though Grandpa was willing to sell me one for a song. That's another story). I had enough cash from summer jobs to take a bus to Houston.

One bag held everything I owned in the world, though my parents were willing to ship me a few small pieces of furniture once I got a job and settled. I climbed up the steps of that Greyhound and was off on my life's adventure.

Two days later I stepped off a bus in Houston, TX, in the hot humid air of a night on the fourth of July and swore I'd not ride on a bus again.


The trip was two days long. I don't know what route we took. I bought what I could afford at the time. The air conditioner on the bus barely worked. We stopped in every small town that had a crossroads and someone waiting with a bag.

A very large woman sat next to me on the bus and she perspired the entire time she was in the seat. At the time I weighed in at on hundred forty pounds, dripping wet. And dripping wet I was when we made one of the few stops to get something to eat and drink.

The rest rooms on the trip were abysmal. Were there any on the bus? I don't know. Since I drank minimally and ate almost nothing, I only needed to relieve myself a couple times, and I touched no surface of any of those places. The outhouse at Grandpa's cottage was cleaner.

I was missing everyone a lot during the trip, scared of what I'd do, how I'd do, where life would take me. I'm sure that this feeling pervaded the entire trip and made it more miserable than it was.

During one dark part of the night, dozing in my seat, my head bouncing against the bus window I awoke and saw millions of tiny points of light in the distance, white and amber lights as far as I could see. For a moment I thought I'd died and gone to Heaven, but my sticky shirt reminded me of the bus, and I slipped back into my traveling fever.

Looking back it was probably the mercury and sulfur lights in chemical plants as we drove through Louisiana, but I didn't know that.

When we arrived in Houston and I stepped off that bus for the last time, I resolved it would be the final time. Nick's smile of welcome was a beacon of safety.

The night was dark, the air was humid and I'd never seen such giant cockroaches in my entire life, but I was done traveling by bus.

(Originally from my O-Dark-Thirty blog)
USA